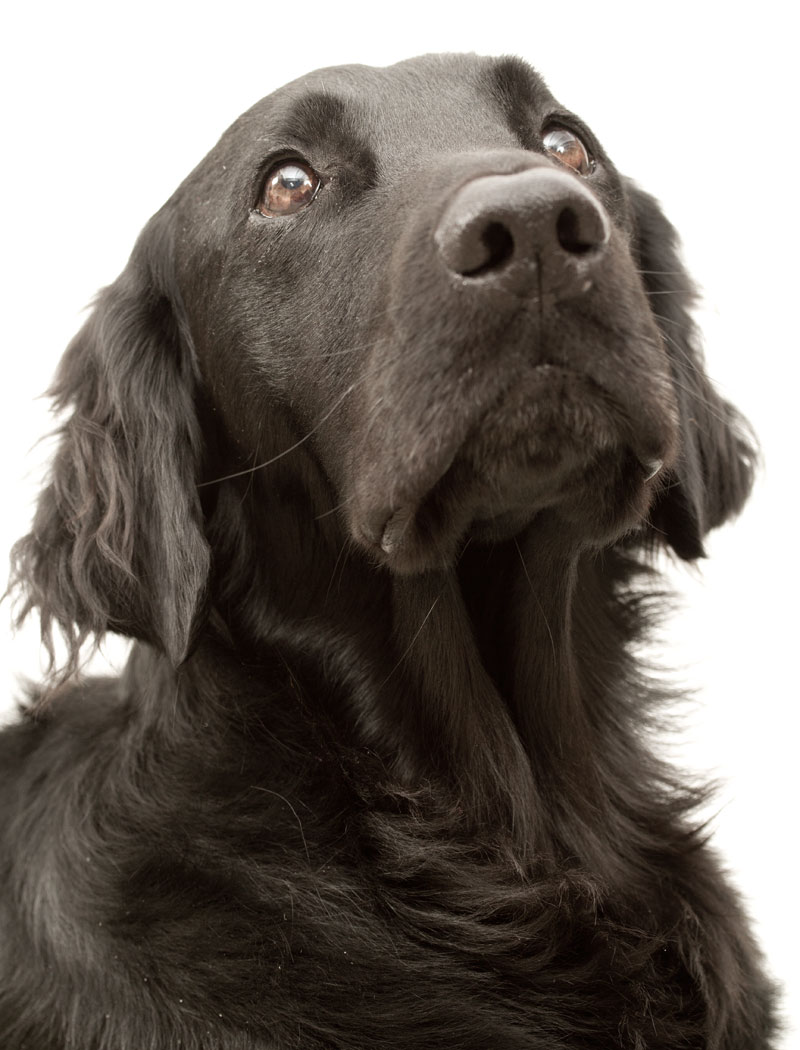 I have recently been working with a client to produce a a bronze bust of their dog ‘Teal’ who is a rather elegant looking flat coated retriever (see photo on right).

For those interested, this is how the process works.

Reference.
Initially we discussed the general form of the sculpture, in this case a life size bronze of just the head (or bust),  mounted on a stone base.
Teal was brought to my studio in Kent so that I could take all the photos, video and measurements that I would required to produce the master (from which a mould is taken). It is so much better to take ones own photographs as it’s then possible to take all the shots that, as a sculptor, one needs. These are not necessarily the sort of photos taken by anyone else (as they don’t always make for a good photograph), back of the head, under the chin, straight down on the head, etc.

When a bronze is created, it is always the product of an initial model that can be sculpted from a variety of different media (clay, wax, wood, stone etc). For more information on how a bronze is made, see ‘about the sculptures‘. I decided to use Plasticine for this piece for various reasons including the fact that I could keep changing the form until I (and the client) were 100% happy (something that is much more difficult to do in wood). It is also conveniently available in black, which would give general idea of how the finished bronze (with black patina) would look.

During the sculpting phase, the clients brought Teal back for two further ‘sittings’, so that refining of certain details could be conducted while the live animal was in front of me. 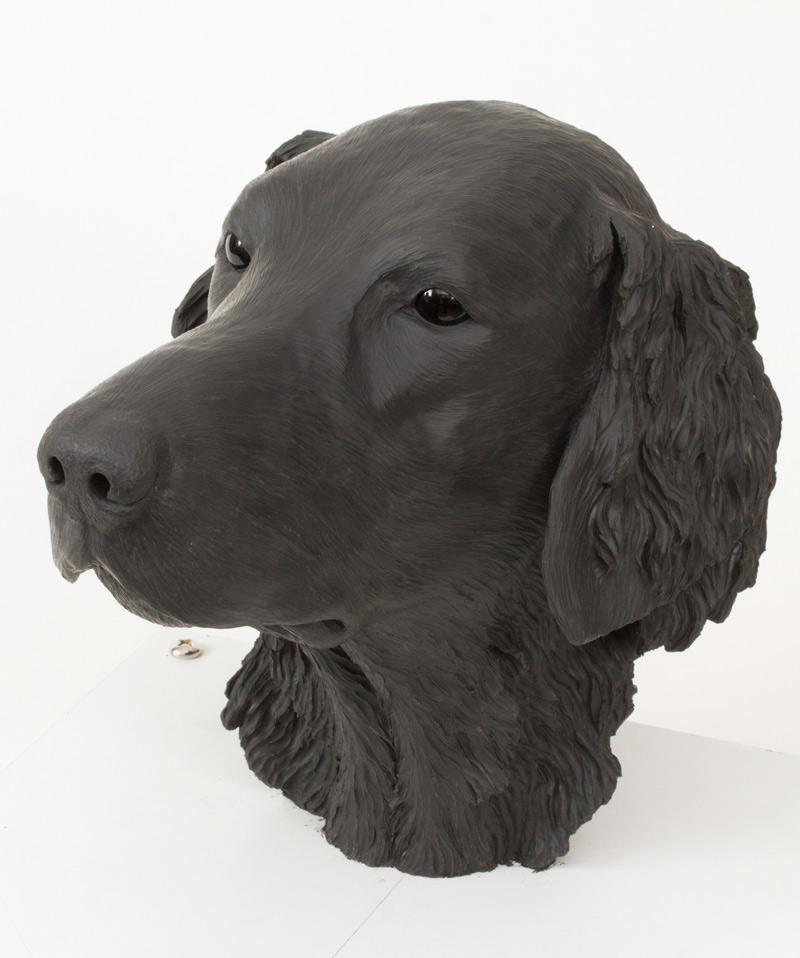 I used glass eyes in the Plasticine sculpture as they would leave a much smoother finish within the mould and therefore also in the wax taken from that mould which, again, would lead to a better finish on the bronze. This is quite important as a bit of eye shine on the finished piece can really bring a sculpture to life.

The photo to the right is of the completed Plasticine master, after the final fur texturing and tidying up. The next step will be to take this to the specialist bronze foundry I use in Kent and have a silicon rubber mould created around it. The stages that follow and photos of the finished bronze will be the blog topic in a few weeks time.

Last few days of preparation before demonstrating at the Edenbridge and Oxted Agricultural Show, which takes…

Silver Feather Jewellery - limited edition of 100. I carved the original for this Sterling Silver…

Follow this link to view this years Newsletter for Bill and Lesley Prickett.