I had a great time at the ten day World Wood Day (slightly mis-named) event. It was a real honour to be 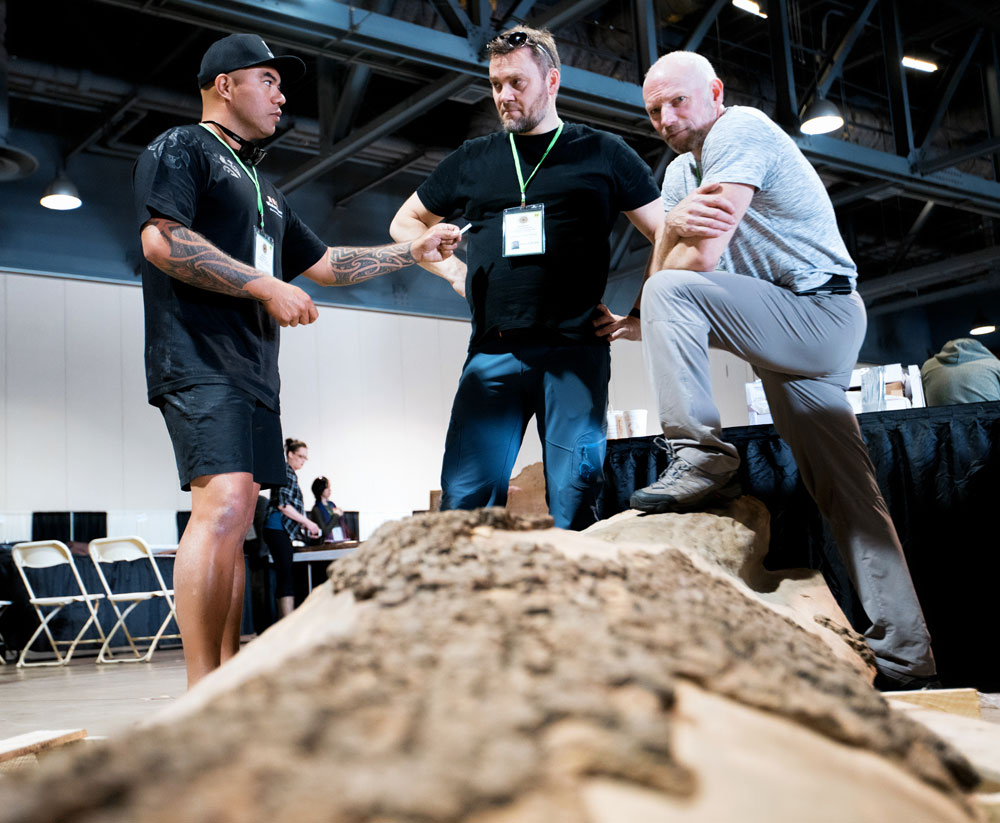 the sole representative for the UK at this annual celebration of wood, its’ preservation as a natural resource, appreciation of sculpture produced from wood and to emphasise the fact that trees are a necessary part of the Earth’s ecology. The event involved around 580 participants from over 80 countries. The theme of this year’s celebration “Roots”, was chosen as a way to celebrate culture, identity and diversity through wood. I must extend my thanks to IWCS director Mike Hou, who apart from being a really nice guy on a personal mission to save the forests of the world, also funded the majority of the event.

I was invited to add a bit of UK presence to the collaborative project” part of the exhibition. This involved groups of three or four people (from different countries) working on one large slab of wood to produce a piece t 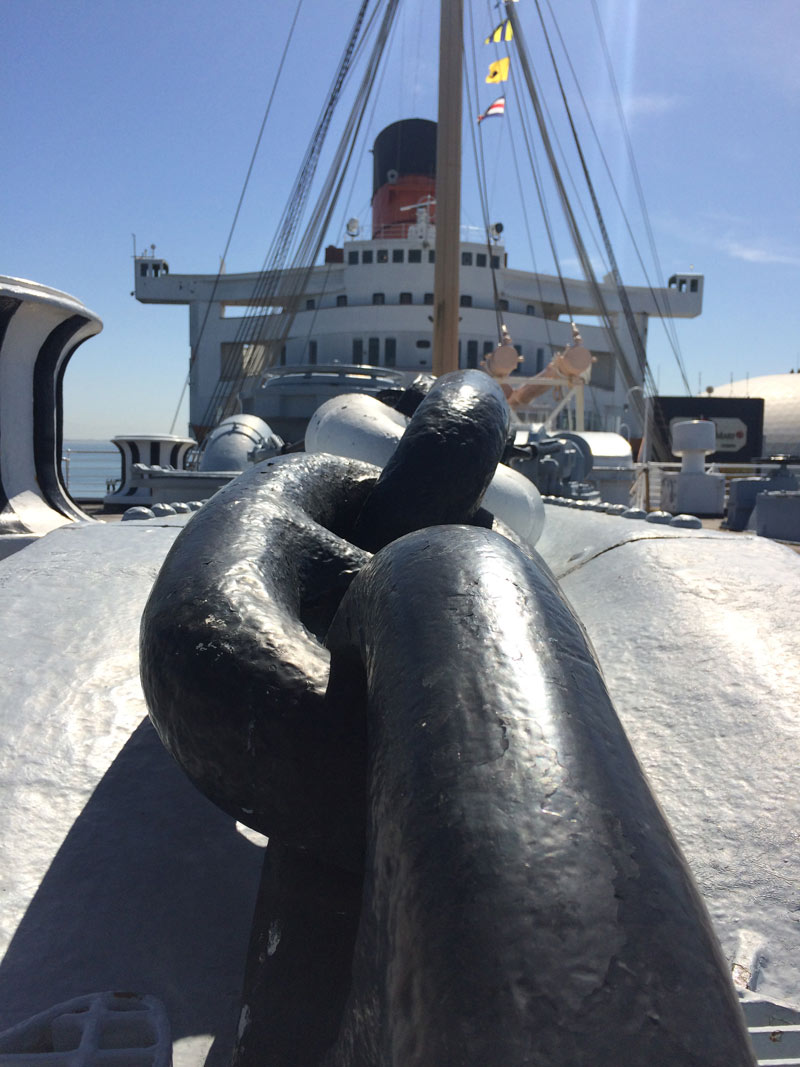 hat showed, amongst other things, some aspects of each persons carving style. I was very lucky that the two people I worked with could both speak English (some other groups were not able to settle on a common language). My team mates were: Iwi Le Comte (a Maori), and Rune Hjelen (a Viking from Norway). Both very different in many ways; but identical in the fact that they are two of the nicest guys you could ever hope to meet.
Accommodation was on the Queen Mary (the ship) that has been a hotel at Long Beach since the 60’s. Quite unusual. I’ve always been a fan of Art Deco, and there is still a lot of original fixtures on board. All participants were also treated to a guided tour of the ship. I also managed a more private wander around the engine room (I don’t quite know how I got to be there) see here for video.

At dawn on the first day I was involved in 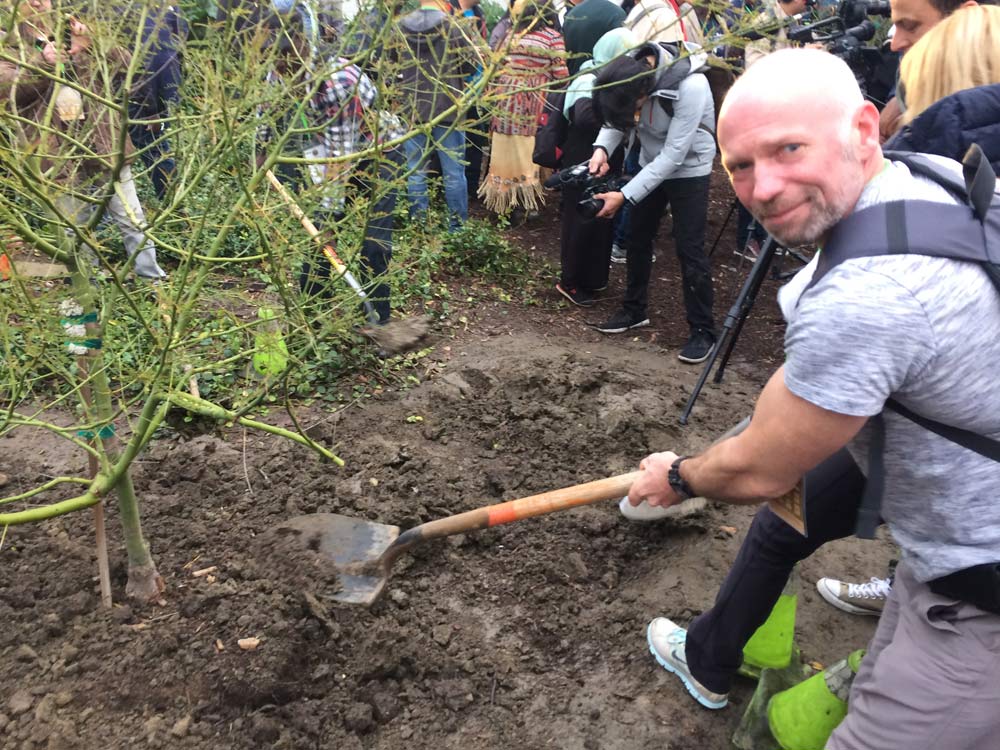 a tree planting ceremony and then the rest of the day was spent at the main venue at Long Beach choosing the piece of wood that we would be working on (a 500 kg lump of maple) and working on some preliminary design. The rest of the week was spent carving and chatting to wood carvers from all over the world. A very nice way to spend some time.

One of the other amazing aspect of the whole event was the exposure to a huge range of music from all over the world; from didgeridoo to some amazing vocal work from a Kazakhstinian group. Not only was there a full blown concert organised for one of the evenings, at a nearby venue, but there was almost constant performances in the hall that the carving and exhibiting was taking place.

The collaborative carving that Rune, Iwi and myself completed at the end of the week was a true fusion of all of our inputs, as opposed to us just producing three individual works on one piece of wood. It evolved during the carving process into a truly abstract piece that was loaded with symbolism relating to beliefs, and cultural heritage, etc. 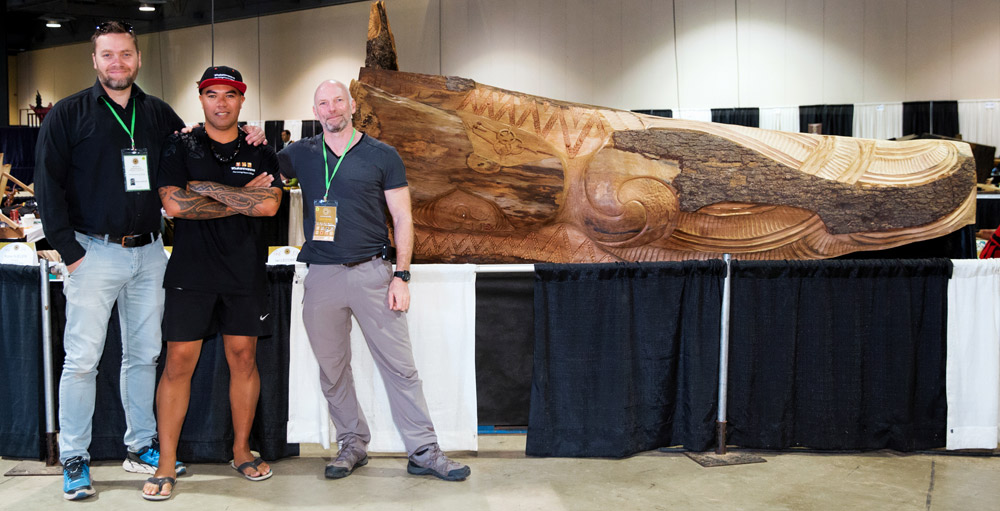 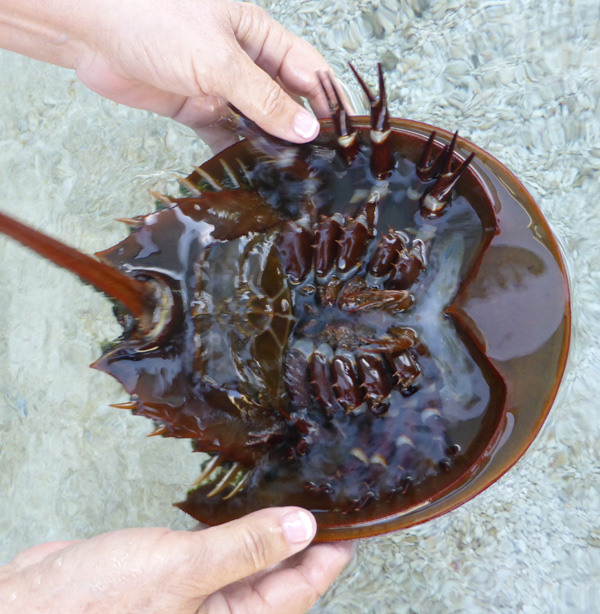 We were given a free day at the end of the week to do as we liked; so Rune and I decided to take a days whale watching trip and visit the Long Beach Aquarium (to stimulate some possible inspiration for future work). We were very lucky, and spotted some Gray whales, as well as some Harbour seals and California sealions. At the aquarium I was very pleased to see that they had two of my all time favourites; the leafy sea dragon (just too magnificent for words) that I shall certainly be sculpting in some way in the future, and horseshoe crabs (very ancient and not a crab), pictured right.

All in all, an excellent trip that has helped to restore my faith in humanity and has made me many new friends and contacts around the world.

Recently I have been commissioned to carve several burr wood sculptures. Burrs are interesting and…