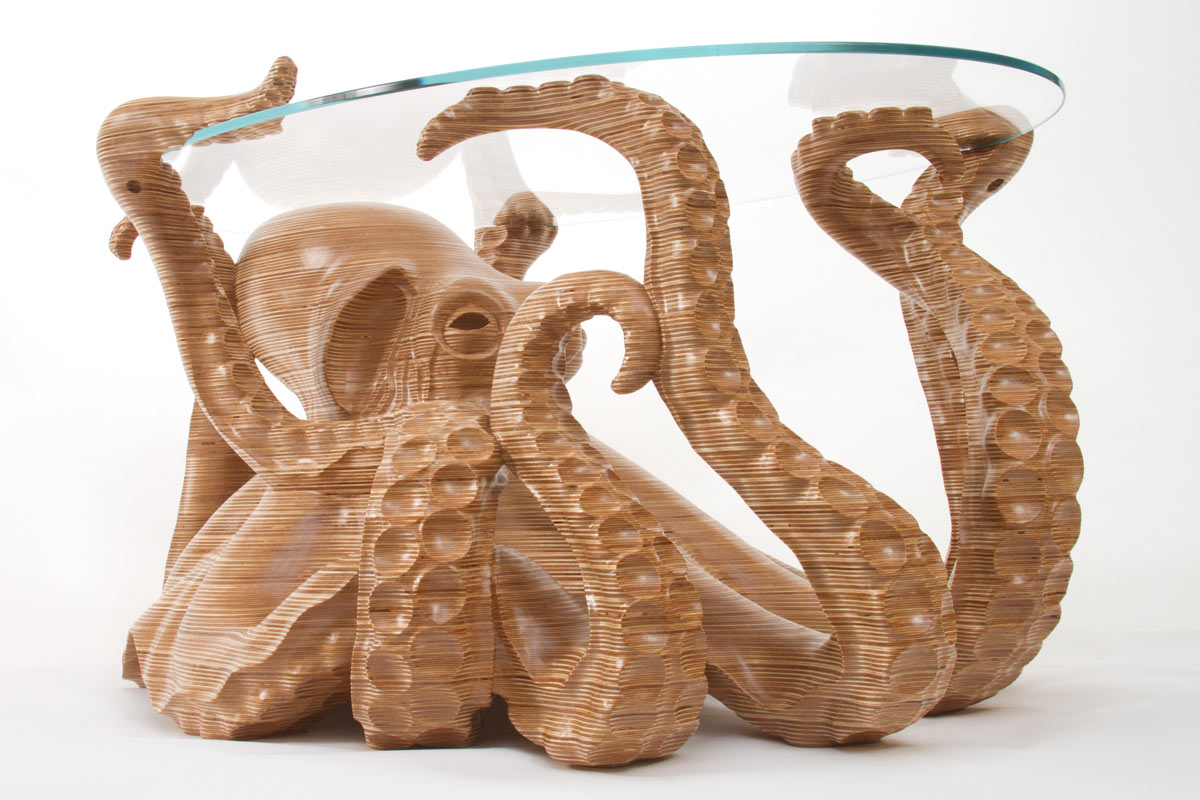 My most ambitious and time consuming project of recent years has been one that has played on my mind for a long, long time now. The idea for the octopus table (pictured right), or “Octable” (as I have taken to calling it) was seeded back in my previous life whilst working with dolphins.

At the dolphinarium that I worked, we also had some large marine fish tanks that were stocked with whatever the local trawler men happened to haul up in their nets, and think we might be interested in. On a couple of occasions curled octopuses would come into our care. Octopuses are fascinating, intelligent creatures (part of a class of marine animals called cephalopods). 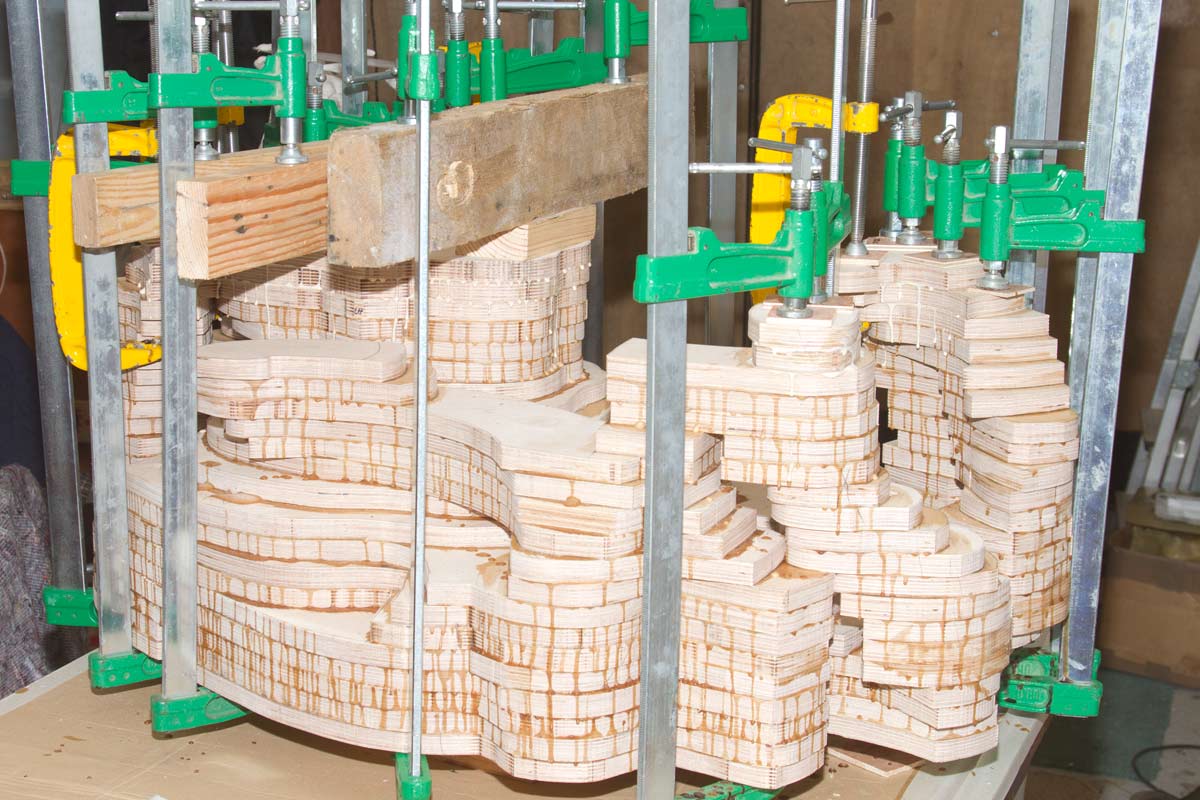 I would spend hours watching their hunting behaviour and studying the way that they moved, all of which has helped me enormously with some of my previous octopus sculpture (such as “Octopus 2“). But one idea for a piece of functional sculpture, that I really wanted to realise, was to carve a large octopus supporting a glass top to form a table. Before diving in with a “boardroom” size version, I thought I would produce one that could be used as a coffee table.

I chose to carve this piece from birch plywood not only as I like the pleasing effect one gets when a curving shape traverses the multiple layers, but also because it is very strong, stable (in varying humidity levels) and I can build it up to any size that I wish. Down side is, it’s really, really difficult to carve. 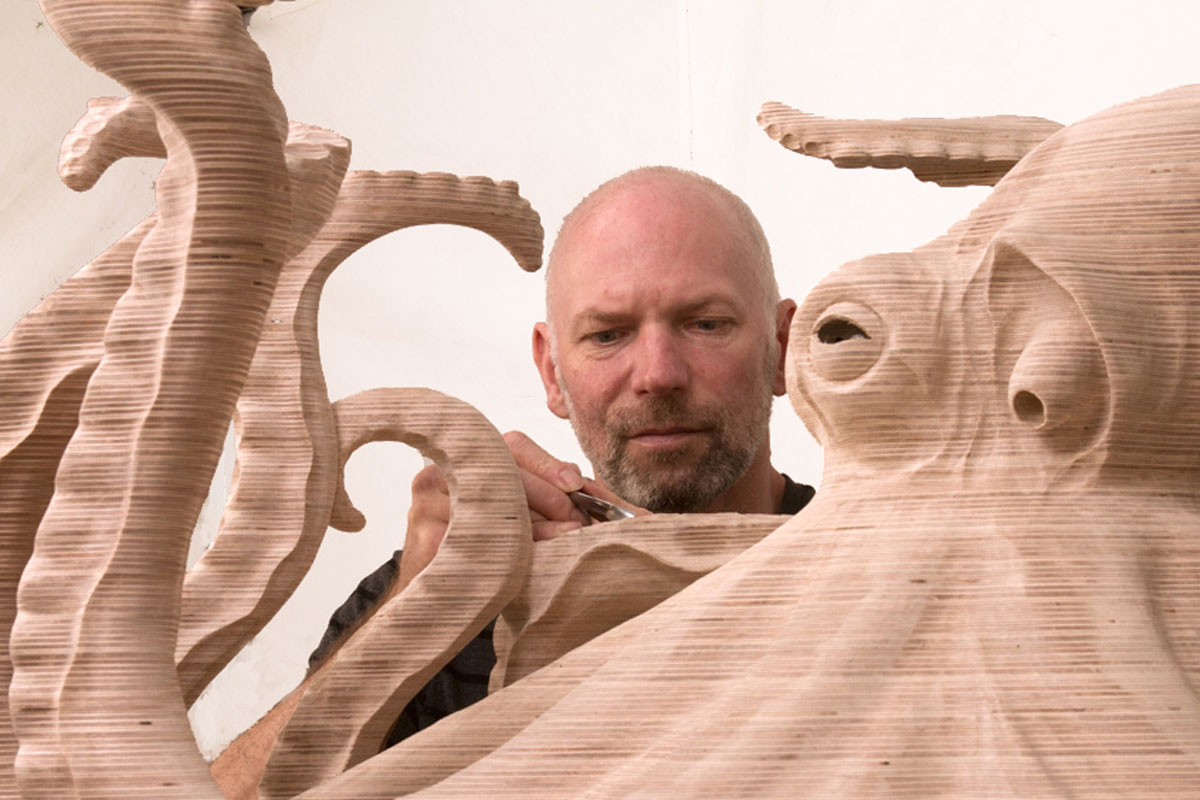 The photo above shows the gluing up process almost complete. In order to save time and wood, each layer is shaped very approximately to suit the requirements for that specific area within the piece.
Steel reinforcement runs through the thinner sections for additional strength and much of the inside of the head and body area I have hollowed to save on weight. Once layering up was completed, the carving started. In the picture to the right I’m putting the finishing touches to one of several hundred suckers prior to the final sanding and oiling. 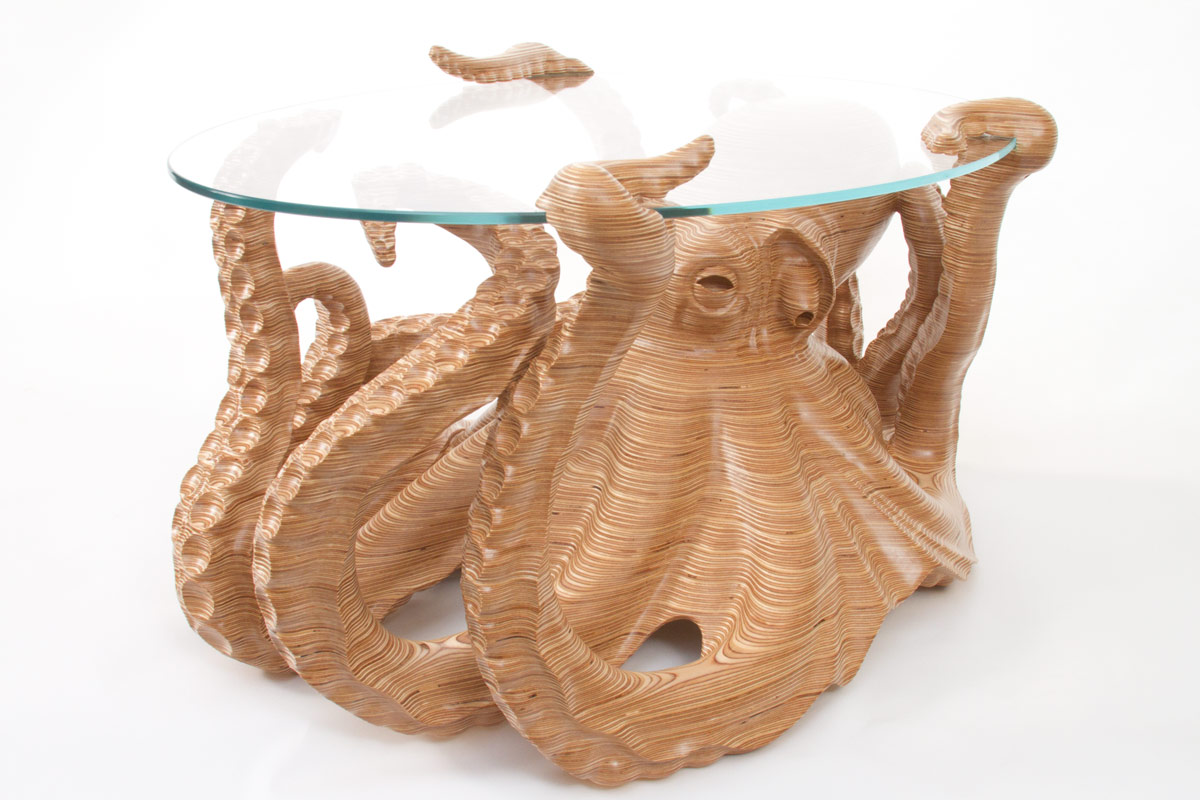 I designed the octable to have three tentacles that reach over the top of the custom made, toughened glass to give a more “alive” feel to the piece and to add a bit of extra movement. These reaching tentacles also keep the glass safely in place.
After many more weeks work than I had initially estimated (in all there were over 30 feet of tentacle, with suckers, that had to be carved and sanded), I am very pleased with the way it has turned out.

For more information and further photos and video, please see the “Octable” web page. Below is a short video of a few key stages in the process.

Wildlife Artist of the Year Exhibition

Durrah Magazine Article. Back in April 2018 I was very pleased to be invited to…