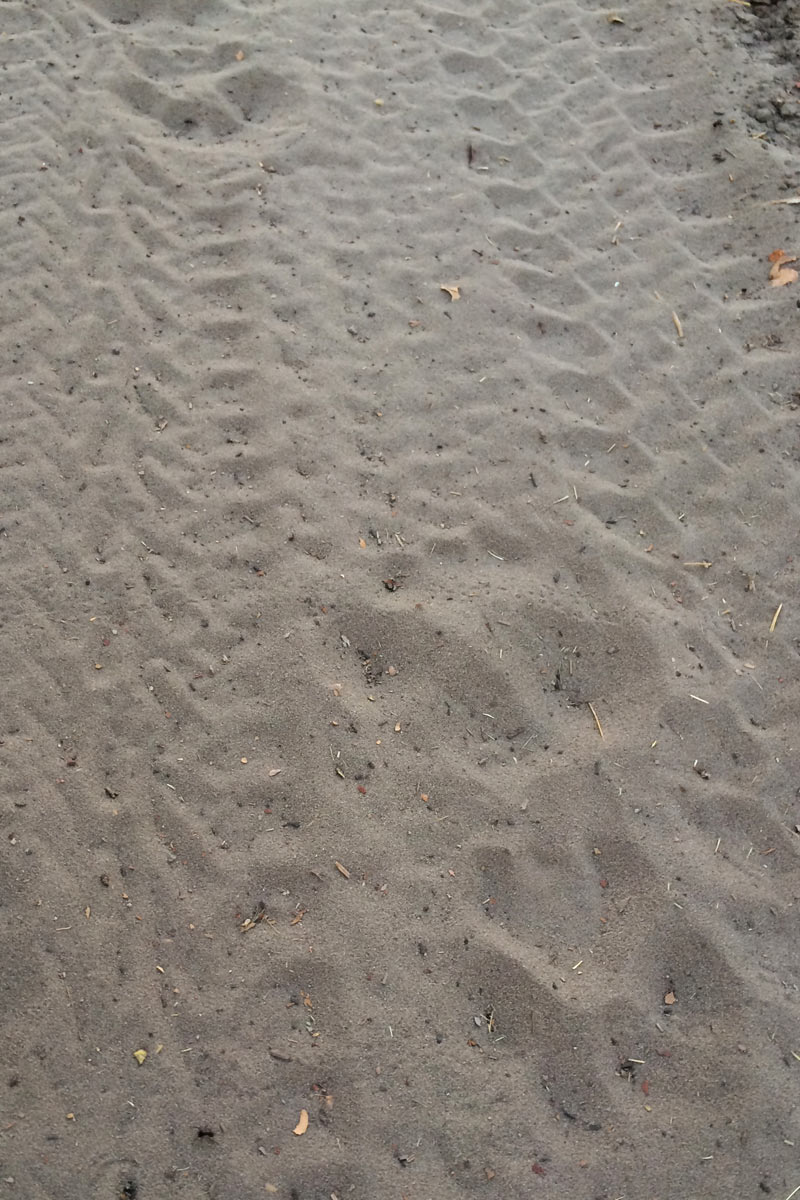 We were returning to our camp one evening,  from a couple of hours game watching in a hide, when we noticed some large lion prints over our tyre tracks which we had made just a couple of hours earlier. The tracks (right)were basically going towards the river and also roughly towards our camp – which was a few kilometers away.  It was the end of the dry season; waterholes were drying out and it had been 40 degrees during the day – they were most likely on their way to the river for a drink.

As the evening went on we heard two male lions roaring together, maybe a few kilometers away.   Lions roaring at night is one of the great joys of being in Africa – and hearing them on tape or film never quite captures the sound – and feel – of the deep resonance their voices make.  The noise always sends tingles down my spine.  Each roaring session was slightly nearer, so it seemed they were coming our way.  I set my camera trap up on the track (left), which was about 30 meters, from our camp – and this is the resulting video (below).

Short clip – but great to see them.  They passed by at around 10pm, which was about an hour after we had gone to bed.  They could no doubt hear and smell us, and probably waited until we were quiet before coming near.  We have seen many lions in Africa, but I have to say I was very excited to get these shots – but I rather wish I had been up to see them pass.

Casting. The Simplified version. Once the silicon rubber mould has been taken from the original…

TURTLE DOVE COMMISSION One of my more recent commissions was for a bronze turtle dove.…

My latest piece of work is this plywood turtle skull sculpture. It is inspired by…